Halloween has been – but not necessarily gone ~ Helping a child who has been scared by something fictional they’ve seen. I’m pretty sure it is not just me getting older, but I have been really struck over recent years by the amount of ‘Halloween’ in the shops and on the telly. 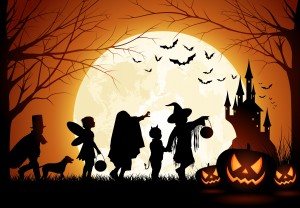 I’m not just talking about pumpkins and broomsticks. It seems that a more prolific and much darker element to costumes and decorations has swept through even the tamest of shops. TV programs on at prime time family viewing have had some really effective, but scary looking make up.
This year has been a long run up (I saw my first Halloween thing in a shop in August!!) to an event so many people have mixed views on…but love it or hate it, nobody, big or small, living an everyday life has been able to escape from it.
But now it is November. The parties and trick or treating are finished. It is over, and we can all start to focus on fireworks and Advent calendars… right? (Whilst possibly still munching through the masses of carving-leftover, pumpkin-based food items still in fridges/freezers). 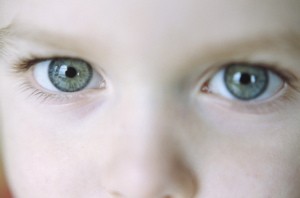 One of the things that I have seen over and over again through my many years as a children’s therapist, is that what goes in the ‘eye gate’ stays in, until it can get properly processed.
We all understand that children shouldn’t be watching 18 horror films.
We know that certain images are not appropriate for little eyes.
But we seem to forget that what we as adults find OK, can be terrifying for children…and I’m not just talking about X-rated, or seriously scary stuff.
This is why it was so important to speak out about the impact the graphic HEADBOMZ campaign was having on some kids.

…are just some of the TV programs children I have worked with, have watched and been bothered by. Then there are the films or computer games, and images on social media – all affecting children enough that they need to reprocess what they have seen in play therapy sessions.
[Incidentally these are things that no adult has EVER mentioned in referral meetings as something the child is struggling with].
I know that for many children the chance to dress up and pretend to be something scary is just lots of fun.
However, just in case you are around a child who has been bothered by what they saw in relation to Halloween, or any other time of year, the tips below might help.

How to help a child stop being bothered by something fictional they have seen.

Be aware that if they have been affected by something on TV, Youtube, online else where or something in a shop that has been referred to by an adult or another child as ‘just make up‘ or ‘just a costume’ or ‘just an advert‘, admitting it has scared them will be 100 times harder.

If you tease a child for being scared, if you tell them they are being silly and there is nothing to be scared of or in any other way let them know you don’t think they should be scared, then it is likely they will not feel understood by you. It is fine for you to be clear you are not scared, but if you make them wrong for being scared when they ARE feeling scared and now they are SCARED AND WRONG, and therefore it is not safe to open up to you.

Fears that are not expressed outwardly, get trapped and distorted, and for children, often end up becoming nightmares. It is quite possible that children who are becoming more reluctant to head to bed in these next few days and weeks may be suffering from bad dreams because of something they have seen in the last few days weeks.

Everyone gets scarred by different things. That is a fact. There isn’t one person who is never, never scared.
Hiding the things we find scary makes them bigger inside us and makes it feel like they have more power.

We can get them out in the open. Drawing or talking about or making them in play doh, junk-modelling boxes etc with people we feel safe with, is like putting the light on and they often shrink down to size. It also gives us chance to think about -or make up- their possible weaknesses (for the Wicked Witch in the Wizard of Oz it was water). 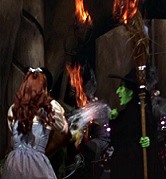 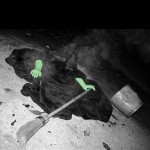 Talk about the fact that however old we are, sometimes when we have seen something not nice on TV it can end up in our head when we are awake or in our dreams.

Ask the child to think about something that would be more powerful than the scary monster, witch, zombie etc. It can be a made-up something of course. Get them to describe in detail what makes that new power so powerful. If possible, if they feel safe with you, get them to draw it, make it (with your help?), talk and talk about it.

Simply wonder out loud in a curious, but not interrogatory way, “I wonder how it feels to know that the …..(good powerful thing) was more powerful than the scary thing?” and then really listen to what the child says.

Let me know how it goes. I’d love to hear in the comments below or send me a private message.
Let’s vanquish the monsters and let creative light shine to over power darkness. 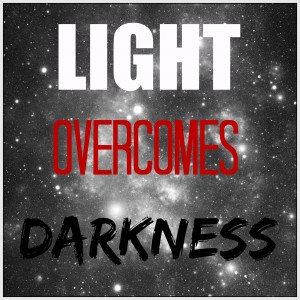