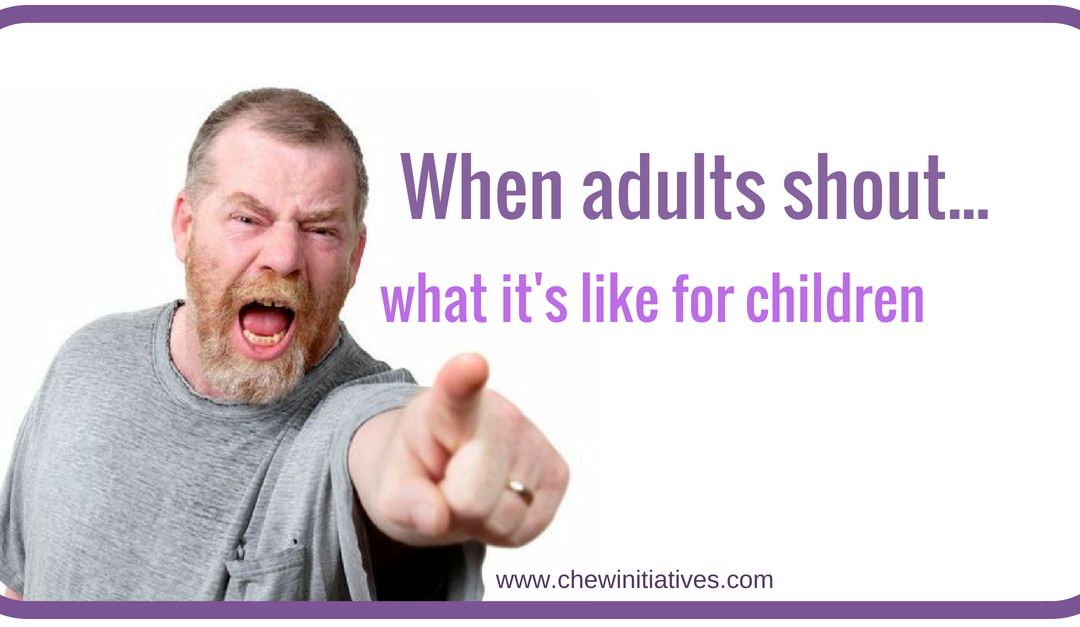 I was standing on the dock of a bay… Waiting for a boat to come and take my friends and me to another island. The sea was emerald, the sky was blue, the sun was warm and the air was dry. This idyllic corner of the world was colourful and vibrant with people and life and bustle…
…and I felt scared. My heart was racing, I felt tight and small, and vulnerable.
Why?
I was in a different country, experiencing a different culture, and a few feet away from where I was standing waiting for the boat, were a group of men.
Tall men.
Big men.
Loud men.
Men who were deep in ‘discussion’… although I didn’t realise it was discussion. I thought they were having a full blown argument.
I couldn’t understand what they were saying, but it didn’t matter as I was getting quite enough from all the other ways they were ‘communicating’, and all I knew was what was happening with them made me feel unsafe.
They were shouting. Shouting loud and so very fast. They were gesturing aggressively with hands slapping, fists hitting palms and arms waving. They were getting in each other’s space. They were really, really animated… And I had never seen anything like this before… in real life. I had also never seen this kind of thing (even on TV) end well.
Our sense of safety is largely driven by subconscious processes. We take in information through our senses and use the information of what is happening around us to help us decide whether we are safe or not… and then what to do next.
Adults shouting, jumping, gesticulating, making passionate, emotional faces that look angry, and generally behaving aggressively can be scary. I was an adult – I even knew a couple of the men – and I was really unnerved by it.
I was reminded of this moment in my life recently and the implications of hearing people shouting – for a child.

It’s worth a chat

If you want to have a chat with the children you know about their experiences of being around adults who are shouting, get ready to listen, respect and honour the things they will tell you.

Whether it was a ‘fun’ thing that was happening, a neutral thing, or a recognizably horrible thing, children often react in their body when they hear adults shouting. That’s not wrong, that’s how they were made. Shouting is generally interpreted as a sign of danger. Until the child is totally comfortable with the shouting, it will likely be setting off alarms in their subconscious and their body in a way that doesn’t feel nice.
If you have that chat with the children you know, be wary of dismissing their body-felt experiences and making them feel embarrassed for feeling the way they do when ‘it’s only a sports match’ ‘they were just having a disagreement’ ‘I’m just getting their attention’.
The world is different through the eyes of a child, and their body is programmed to know that when adults are shouting, they are not safe.
Let’s be honest, it’s easy for adults to get caught up in the moment and overlook the things that can impact children. That’s why I am writing this. I’ve had enough of these conversations with children of all ages myself over the years to know this ‘shouting thing’ is a ‘thing’ and is important for adults to consider. And it is not just hard for the kids who are known to have sensory issues – or those who have experienced domestic abuse (although they will be even more sensitive to it) it is how we are all wired.

What can be done?

So what can we do, because clearly shouting is not going anywhere?

Children don’t like it when adults shout. It makes them feel horrible. Why not ask them and see what you find out?